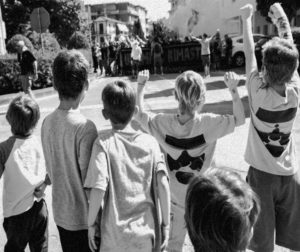 On Thursday 27th of September 2018, our club became a Sports Cooperative. The reasons are quickly listed. The Cooperative format allows us to reinforce the principle of collective ownership, because it is undergirded by the “one head, one vote” principle, it pursues a mutualistic aim, i.e. its only objective is guaranteeing its members access to the practice and spectating of sport in the conditions of greatest possible openness and happiness, and it leaves no space for the possibility of centralising decision-making prerogatives and dividing up profits.

We are wagering a lot on this transformation. In order to work, this model needs to be supported by a large number of members. Our wager is to be able to reach 1000 members as quickly as possible.

Our objectives are the following: 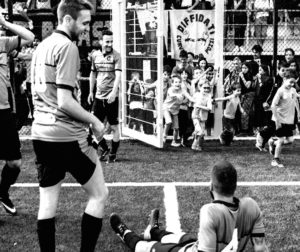 As of today, Centro Storico Lebowski has over 500 members, and many of our supporters come from all over the five continents of the world. Every month, the cooperative’s members come together in an assembly to discuss all matters, great and small, concerning the club. These range from the colour of the next season’s jersey, to the best strategies for organizing our self-sustenance through fundraising initiatives, which are the basis for the life of the club. Every weekend, our fans come together in the Curva Moana Pozzi, or they travel together across the towns and villages of Tuscany, to support their favourite club with all their love and energy.

Every day, the people who make up Lebowski wake up and give what they can, all of them, so that it is not up to a single person to give everything.

Anyone can support the CS Lebowski projects, values, and dreams, by becoming a member!